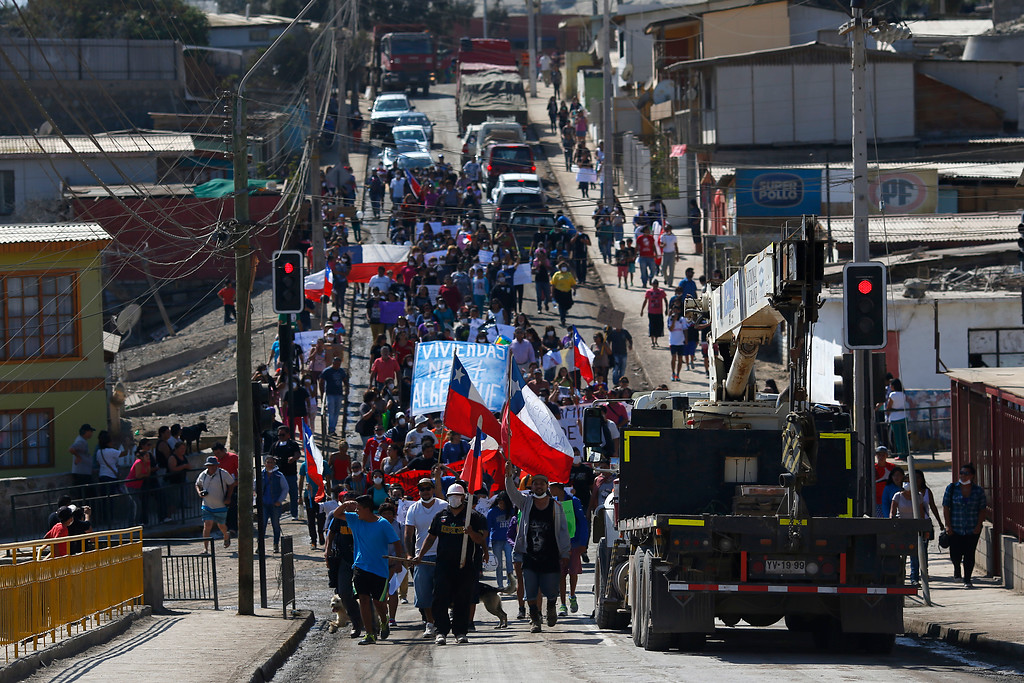 Hundreds of inhabitants of Chañaral County, at the Atacama Region, went out into the streets to manifest their demands abiout the reconstruction to be fast and also to show their worries about the contamination risks after the landslides destroyed their homes.

The manifestation took place today at midday at the 5th North Road, entire families expressed their worries because of the measures taken by the government in order to give them a place to live, to avoid the consequences of the mud contamination and to look for those who are still missing.

At nearly three weeks from the intense rain that caused the destructive landslides mainly at Atacama; and carrying banners and masks, the people from Chañaral demanded the delivery of definite houses, the normalization of the drinking water supply and the increase of the rescuers in search of the missing people.

Also they asked better measures to be taken in order to determine or discard the eventual contamination from the mine waste in the mud that covered the city and buried their houses.