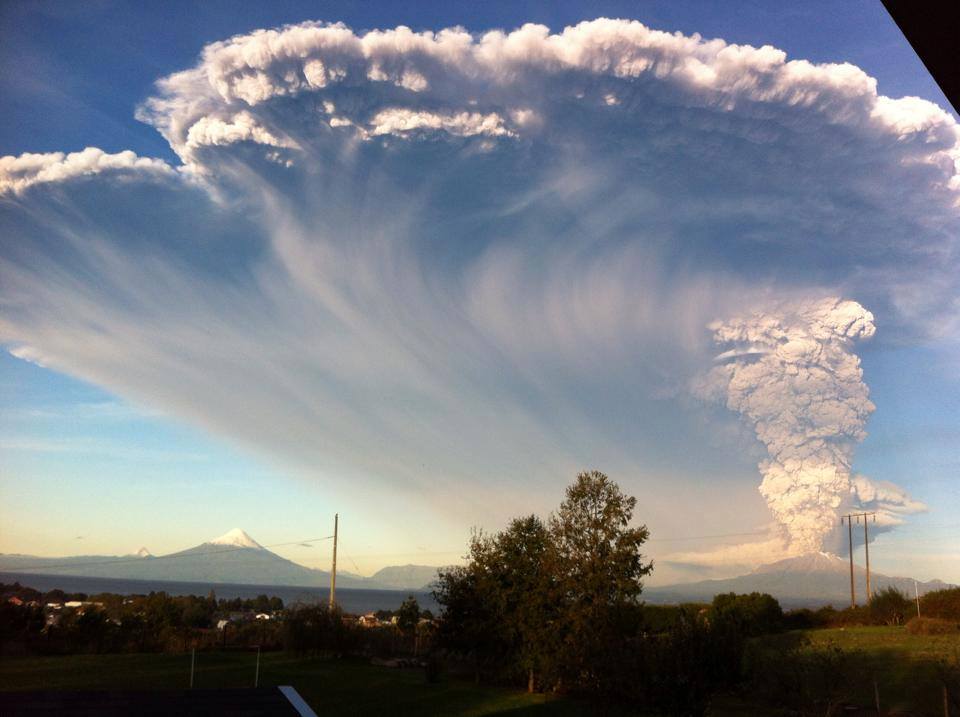 The Chilean government declared state of exception in several districts of the Southern region of Los Lagos, after the Calbuco volcano unexpectedly erupted this Wednesday, causing commotion in the nearest town’s residents.

The Calbuco, a volcano that remained dormant since their last eruption in 1961, started to expel a thick plume of ashes this afternoon, triggering alerts in the cities of Puerto Varas and Puerto Montt, distant about 18 miles each from the volcano.

The Chilean Geological Service (Sernageomin) declared red alert in the area, while the National Emergency Office (Onemi) ordered the evacuation of about 1,500 people residing from Ensenada to Cascadas, within a 12 miles exclusion zone.

WATCH: Shocking images of the Calbuco volcano in eruption

At the same time, the authorities announced that all the schools, universities and educational centers will remain closed in Puerto Montt and Puerto Varas until further notice. The Army was deployed to assist with vigilance and transport tasks.

The intendente of Los Lagos, Nofal Abud, asked for calm to the residents of the affected zones, assuring that until now, there’s no need to evacuate the biggest city of Puerto Montt, where 250,000 people reside. However, a curfew was declared in Puerto Montt, Puerto Varas and Puerto Octay, from 23:45 hours of this Wednesday night to 5 o’clock in the morning of Thursday.

WATCH: Users capture in video the moment of the eruption

Although the Ruta 5, the main highway crossing the country and distant just 18 miles to the volcano it’s open to vehicle circulation, commercial airlines LAN and Sky announced that all their flights to or from the region were canceled, due to the low visibility caused by the volcanic ash. 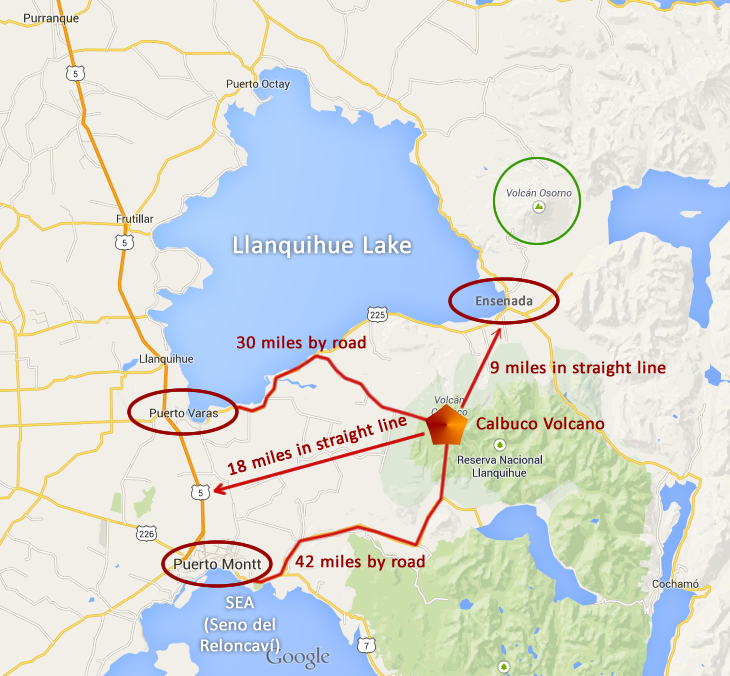