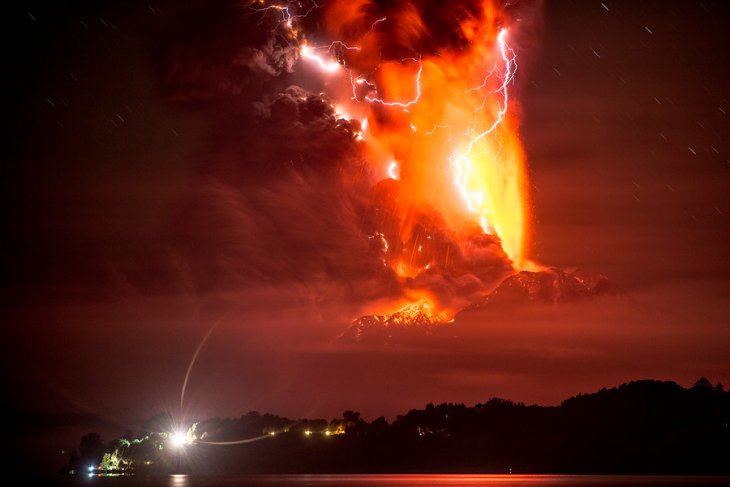 Around 1:00 a.m. this Thursday, the Calbuco Volcano in Southern Chile started a second eruptive fase, spewing large amounts of lava that produced a stunning landscape.

The volcano expelled a very large column of ashes around 18 hours on Wednesday, forcing to declare an exclusion zone of 12 miles around the crater, ordering a preventive evacuation of about 1,500 people.

The Chilean Geological Service (Sernageomin) said that this display is normal in this kind of eruption process. The Agency indicated that even a third wave of lava pulses is expected in the next six hours.

Meanwhile the Government distributed safety mask and asked the population to stay at home, as a curfew was declared in the nearest cities of Puerto Montt, Puerto Varas and Puerto Octay until 5:00 a.m of this Thursday.

This is the first major eruption of the Calbuco volcano since 1961.