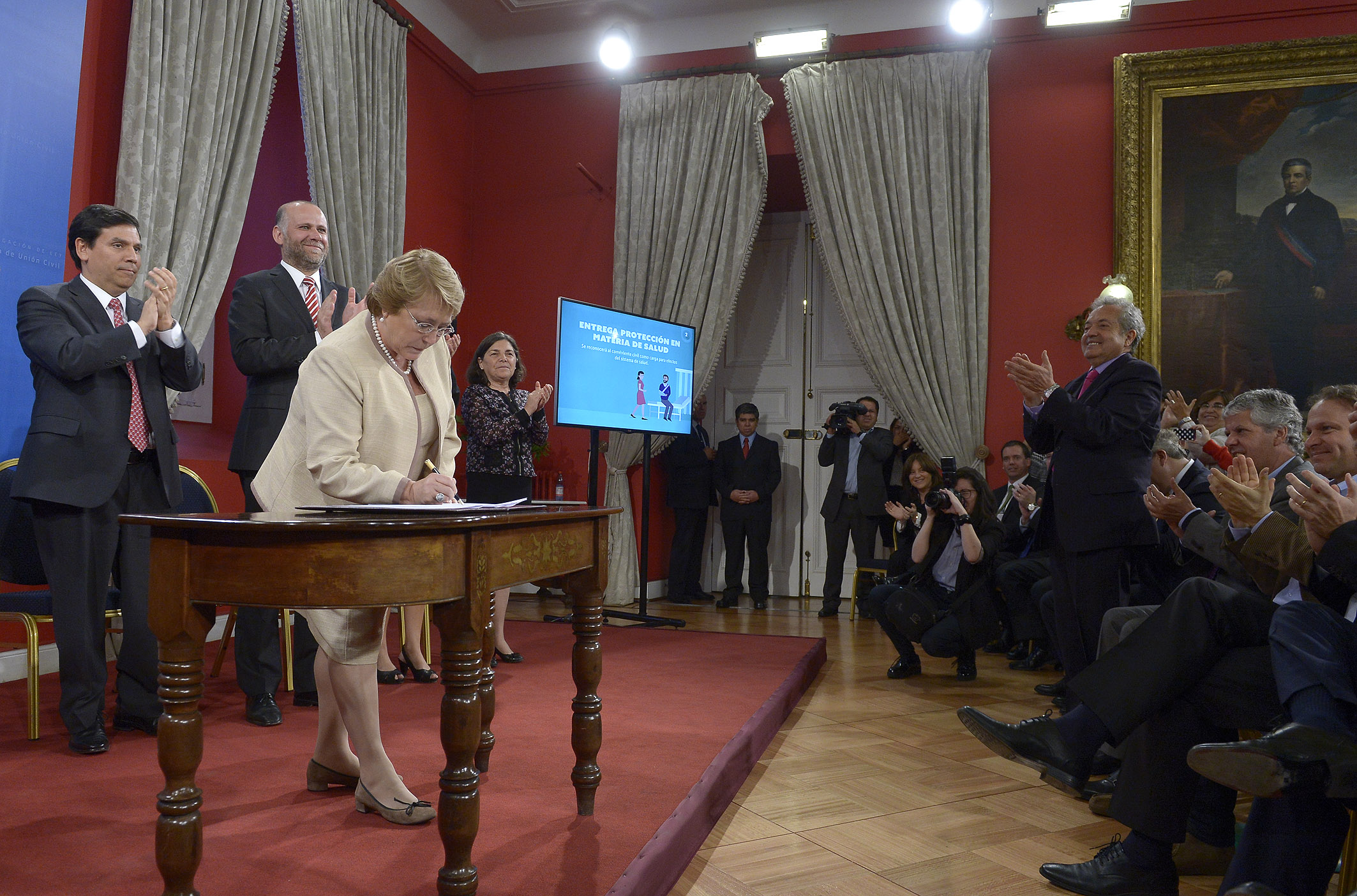 This Monday morning President Michelle Bachelet promulgated the Law for Civil Union Agreement (Acuerdo de Union Civil) that allows couples, whether heterosexual or homosexual, to agree a contract which can be recognized as their new marital status, and, therefore regulate different aspects such as inheritance. The day was described as historic by various politicians.

Different organizations have said this is a step in what they seek, equal marriage and the possibility to adopt children, they said they will not stop their agenda and they will continue the fight.

In this regard, the Government Spokesman Alvaro Elizalde, said that all the commitments related to gender issues will be honoured.