IQUIQUE, CHILE – Last Sunday morning, two army officers, presumably under the influence of alcohol, have damaged the memorial to the two missing detainees. The memorial was recently inaugurated on the outskirts of the army’s School of Armored Cavalry in Iquique.

John Griffiths Spielman, Army General of the VI division, warned the Iquique Municipality of the damages suffered by the monolith and plaque in memorial of the two Political executes, Jorge Marín (19) and William Miller (42), who until today are considered as disappeared detainees.

The monolith is a stone and granite structure with a memorial plaque whose back and front sides were completely painted black. The monument is located on Pedro Prado and Thompson streets, and was inaugurated last Friday September 11th, in relation with the 42 years from the coup of 1973.

The events occurred last Sunday September 13th and were military forces who restrained the responsible subjects, who were identify as two officers on active service, Mauricio Pacheco Urrutia from the Second Armored Brigade “Cazadores” and the tenant Pablo Henriquez Fernandez from the Armored Training Center. The Vandals were detained by the Police and put under Justice´s ruling.

The Chilean Army through a statement had completely rejected the incidents and the officer’s attitude. In addition, they have beginning an internal investigation in order to determinate responsibilities and take disciplinary measures.

According with extra-officials sources, General Griffiths had expressed his intention of have a reunion with the Disappeared Detainees Association to apologize with them in the name of the Institution. The meeting will have place this Monday morning. 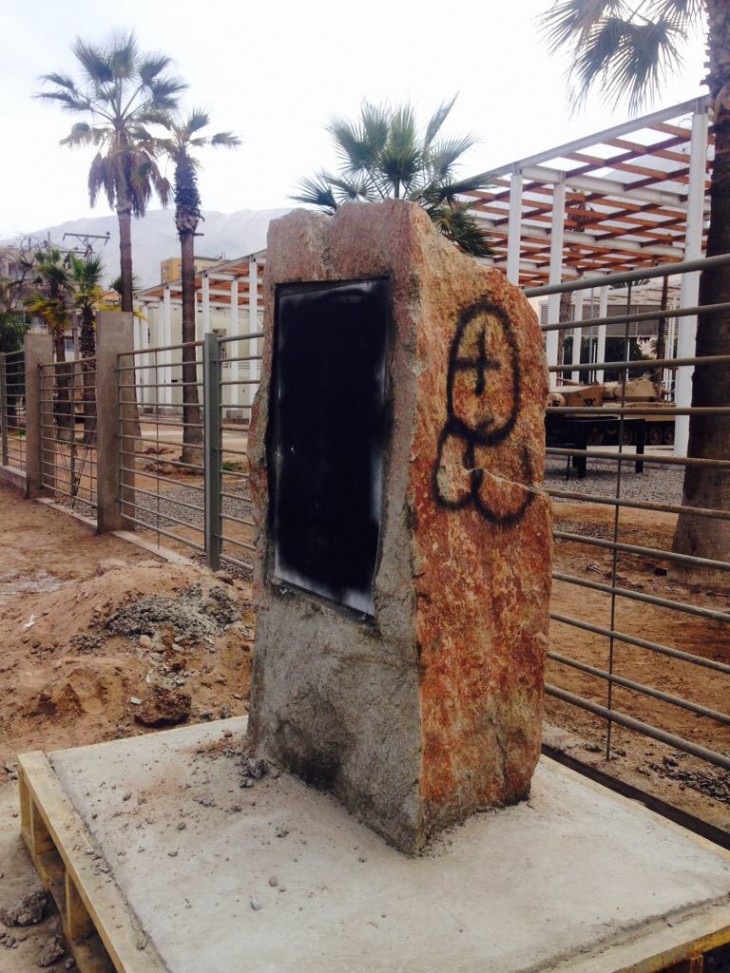