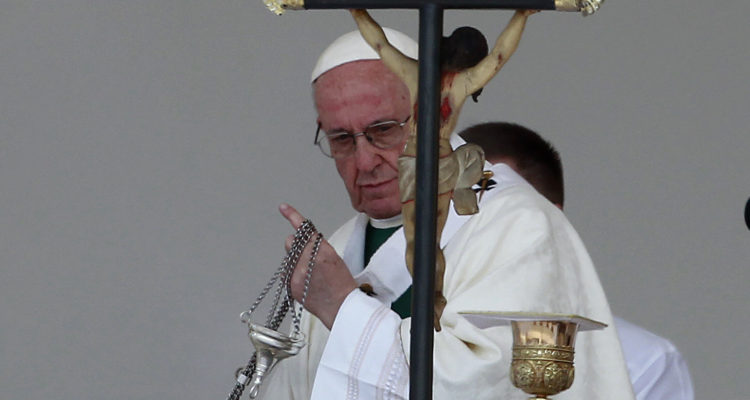 The Chilean Catholic Church is currently undergoing a crisis after more than thirty bishops offered their resignation to pope Francis at The Vatican last week, following a summit in which the pontiff addressed the results of an internal investigation regarding sex abuse scandals and cover-up accusations.

The Press Office of the Holy See issued a statement this Tuesday in which it announced that the head of the Church is to rendezvous with five priests who were victims of power, sexual and conscience abuse by reverend Fernando Karadima, who was sentenced in 2011 to a life of prayer and penance by the Congregation for the Doctrine of the Faith, after being found guilty of abusing minors at his parish.

The encounter is set to last three days, from 1 to 3 June, and the victims will be accompanied by two priests who have helped them “in their legal and spiritual journey” as well as two laymen who are “involved in said pain”.

The clergymen are set to participate in a private mass, held by Francis himself, group talks and, finally, private audiences.

This is the second round of meetings organised by the Church after Francis’ cold and criticised pastoral trip to Chile, in January.

Three well-known Karadima victims already met with the Pope at the Holy See, where they personally told him their stories.

Whether he will accept or not the resignations is uncertain. What is clear is that he has not made a decision on the matter hitherto.

This Tuesday, the bishop of San Bernardo, Juan Ignacio González, affirmed that they are still in their positions.

The president of Chile’s Conference of Bishops, Santiago Silva, stated that the most important action to be taken is to concretely repair the harm caused by ministers.

The most controversial figure is the bishop of Osorno, Juan Barros, who is accused by many of concealing Karadima’s crimes and hindering investigations against him.

Francis defended Barros at St. Peter’s Square, back in 2015, when he assured that the diocese suffered because “it was dumb” and it had allowed “leftist politicians” to fill parishioners’ heads with nonsense.