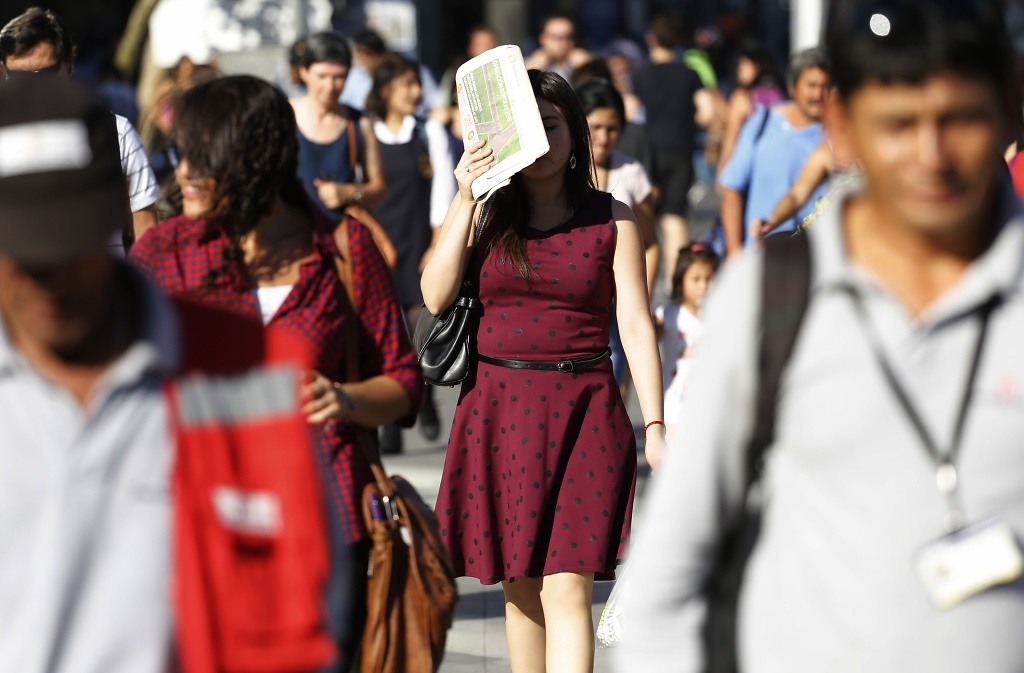 During the week, the Meteorology Direction of Chile informed that between Thursday and Saturday there would be a heat wave in the central region of the country, and that the high temperatures in valleys and premountain, between the Regions of Coquimbo and Bio Bio, would get a maximum between 28ºC and 33ºC.

In this context, today’s Friday afternoon, the city of Santiago broke a new record of high temperature in April, having 32.6º and 32.7ºC in Quinta Normal Area.

According to Meteorology Direction, the closes temperature was registered 48 years ago, when during the same month there were 32.2ºC