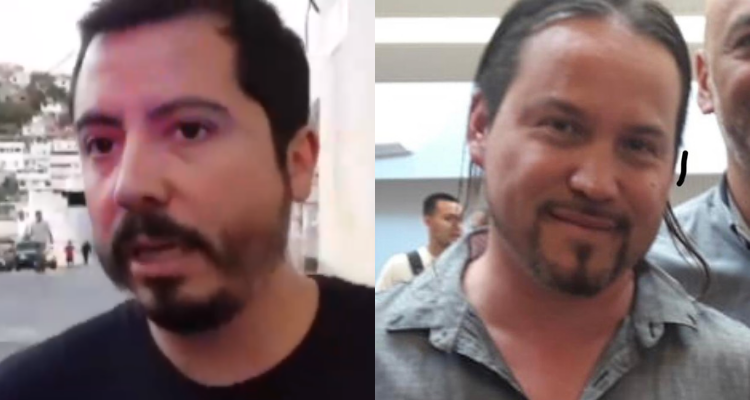 A journalist and a cameraman from Chile’s public TV channel Televisión Nacional de Chile (TVN) were arrested last night in Caracas, Venezuela, near the government’s Palacio de Miraflores. They were accompanied by two colleagues from the digital news site VPI, Mayker Yriarte and Ana Rodríguez.

Both Venezuelans were promptly released, but the Chilean reporters -Rodrigo Pérez and Gonzalo Barahona- remained behind bars for 14 hours until they were transferred to the International Airport of Maiquetía for deportation.

News of the detention comes amid tensions with Sebastian Piñera’s administration, after Chile recognized Juan Guaidó as interim President of Venezuela, and Guarequena Gutiérrez as his representative in Santiago. Also, Nicolas Maduro’s administration reportedly pulled TV Chile (TVN’s signal) off the air in that country less than a week ago.

Sebastián Piñera reacted, by demanding both reporters to be immediately released, ensuring that the Chilean Chancellery led by Roberto Ampuero was tasked with addressing the case. He also stated that “freedom of press is another of the victims in Venezuela. The peaceful solution is fair and democratic elections”.

Later, a representative of Chile’s embassy in Venezuela approached Maduro’s presidential palace with members of the National Union of Workers of the Press (SNTP) to ask for the reporters to be released.

The reasons behind the arrest

According to the Venezuelan ambassador in Chile, Arévalo Méndez, both Chileans “abused their condition as tourists to make journalistic reports without having the obligatory accreditation of the case”.

Méndez argued that the reporters were in one of Caracas’s Palacio de Miraflores security zones, where it’s prohibited to record images. “Those security measures were obviously amplified because of the frustrated assassination attempt against President Maduro with a drone packed with explosives”, he added.

The ambassador also accused them of breaking the law by not carrying their personal identifications when they were approached by the presidential security personnel.

The ambassador’s version differs from that of the Venezuelan reporters who were arrested along with the Chileans. According to them, they were touring the place where civilians were doing a vigil after Maduro’s call to protect the government.

Pérez and Barahona decided to get out of the vehicle to ask the people about the vigil, while both Venezuelans stayed in the car watching the situation.

It was in that moment when, they explain, two people aggressively approached the Chileans to question and detain them. Seeing this, both Venezuelans got out of the car to intervene and were arrested too. The four of them were taken to government facilities to be questioned.

According to Yriarte, the policemen were friendly with them, but hostile with the Chileans. He also said that the police kept their documents illegally.

One of the charges for their arrest, Yriarte said, was because of a U-turn made by them in the vehicle; but he argued that they had no other choice as the street was closed.

Rodríguez also accused the police officers of being verbally aggressive towards their Chilean colleagues, adding that they spent 4 hours standing in the cold and receiving insults. She also said that they did not sleep, and that the treatment improved as hours passed.

Both journalists denied Venezuela’s ambassador allegations of filming in secure zones of the presidential palace.

Finally, both were released after spending the night behind bars and after signing a “deal” ensuring that their rights were respected, which they later denied.

Many foreign reporters have been detained or deported lately for not carrying the necessary permits required by the local authorities.

On November 13, one Spanish and two brazilian journalists were detained for hours by Venezuelan soldiers when they were reporting close to the frontier with Brazil.

This time, the Chilean journalists were covering the political crisis that worsened after the opposition leader Juan Guaidó swore as interim president of Venezuela on January 23.